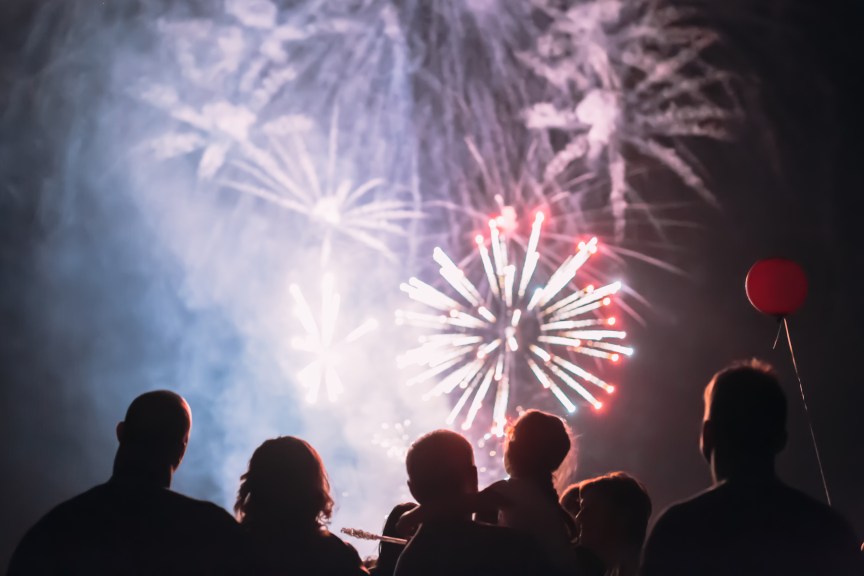 I am one of those people who actually likes going to the gym. I like the burn, the sweat, the challenge and the results. It’s also why I love December. Besides Christmas, the great thing about December is the gym is practically empty! I can work out to my heart’s content, unencumbered by the masses and free to wander from machine to machine without hindrance.  While others are indulging in holiday smorgasbords and festive revelry, I am in my own happy little space. This is also why I find January so daunting.

January is when everyone decides to join a gym and get in shape. In January, the gym swells with people and my world is inundated with interlopers. This year, as I patiently wait in line for the treadmill, I’m making a New Year’s resolution — a thing I swore I’d never do. I want to focus on the future and move boldly and confidently toward the person and life God has created for me, rather than focusing on the past and running from who I once was. I got the inspiration while reading a letter from a guy named Paul.

Almost 2,000 years ago, Paul wrote a letter to his friends in Philippi communicating a similar thought: “…One thing I do: Forgetting what is behind and straining toward what is ahead, I press on toward the goal to win the prize for which God has called me…” (Philippians 3:13–14, NIV). Paul told them that he was forgetting the past and focusing on the future to become the person God had created him to be. This was no small pronouncement. Paul was a guy who had spent his life becoming the best of the best in his field; he had studied under the preeminent teachers of his day and by his late 20s had amassed an impressive resume of accomplishments. He was a rising political and religious star. Then he found Jesus. Or rather, Jesus found him.

After an amazing encounter with Jesus on the road to Damascus, the capital city of present-day Syria, Paul renounced his old way of life and began to follow Jesus. When he tells his friends in Philippi that he is focusing on the future and not on the past, he echoes a sentiment that he had shared years earlier with another group of friends in the city of Corinth, “Therefore, if anyone is in Christ, he is a new creation. The old has passed away; behold, the new has come” (2 Corinthians 5:17, ESV).To Paul, those who had chosen to follow Jesus had been made new creations; for the believer, the old self was dead and each person was in a process of uncovering or developing a new way of relating to the world. For Paul, it was about focusing on the future, not the past.

In the coming year, why not leave the past behind and focus on the new creation we are becoming in Jesus Christ? Paul left behind an amazing life of accomplishments and privilege to follow Jesus, saying he counted his past as nothing when he compared it to his future in Christ (Philippians 3:7-11).

Our past is by no means a waste or an accident. It has shaped us and led us to our present reality, but it doesn’t have to define us. God uses these events, circumstances, hurts and triumphs to shape us and grow us into the person He wants us to be. But He doesn’t want you to focus on the past; He wants you to focus on Him and the future that He is preparing for you.

In the new year, will you join me by leaving the past behind and focusing on what lies ahead? Your past may be bleak, dark or even ugly, but our future as a new creation in Jesus Christ is bright and hopeful. Focus is what matters. I pray you will choose to focus on God and let your past fade away, rather than focusing on the past and hoping to change it, or at the very least, not repeat it. Only through Jesus can we truly say the old has passed away and all things are made new. It’s a new year, and I invite you to join me in hope and anticipation as we choose to shift our focus away from the past and place our attention on our future and more specifically the one who holds the future in His hands — the one who makes all things new. It’s a new year — start by focusing on the new you!